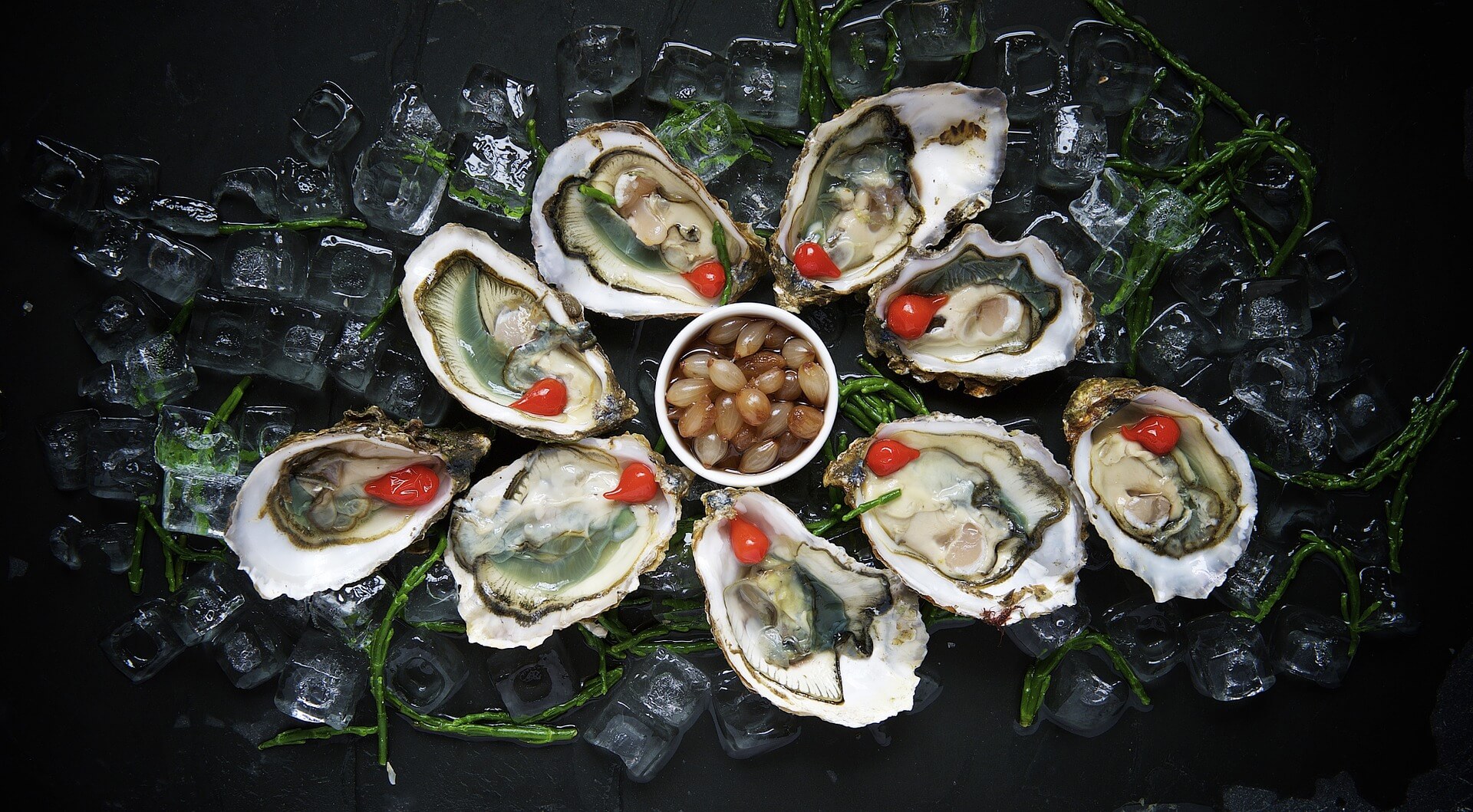 The oyster just may be the most evocative symbol of passion in the food world. One of the most popular choices for Valentine’s Day, no food has a greater reputation as an aphrodisiac. In fact, when someone reaches out to me to ask about a specific aphrodisiac, the question is almost always about oysters and sex.

Some experts believe that it is the association in our minds, the old cliche, that is what actually makes oysters aphrodisiac. (In other words, naysayers will tell you it’s the placebo effect.) However, thanks to modern science, we now know that these shellfish have proven potency. And yes, oysters are aphrodisiacs.

Oddly there are those who believe the connection between oysters and romance is about a game of chance. It stems from a rumor that slurping a bivalve from its shell might reveal a pearl.

Unfortunately, edible oysters are not a pearl-producing variety. However, if you forget about the jewelry and look at what oysters have to offer nutritionally, you might get pretty excited. And better than playing some sort of finding the pearl game, these results are guaranteed!

Oysters’ benefits are many when it comes to overall health and especially sexual health. These sensual shellfish make a luxurious and healthy treat. As for what makes oysters an aphrodisiac? Well, for starters, their slightly salty/sweet scent is a smell not dissimilar to a potent female pheromone. (Pheromones are those scents of attraction our bodies react to on a subconscious level.)

But this is just one of the reasons this briny delicacy of the sea is considered sexually stirring. Here are a few of the reasons oysters as powerful aphrodisiacs and specifically how they might affect men differently than women.

Although the serving of nutrients in a single oyster is negligible, a dozen oysters give you a serving of zinc. What’s so significant about that? Oysters benefit from sperm production, thanks to zinc. Scientific evidence shows that it can increase both the production and quality of sperm. This is only significant if you’re looking to boost fertility but there is another benefit of the zinc in oysters that’s good news for all men.

Testosterone is not the only oyster benefit for women. Oysters make a good protein choice for women because they’re low in saturated fat and high in vitamins and minerals. The Cleveland Clinic recommends them specifically for women over 40 because they’re rich in copper along with zinc, both of which can help prevent macular degeneration.

One of my favorite health benefits of oysters is that they’re a food source of vitamin D. And this vitamin is essential for women to maintain bone density. They may even reduce the risk of osteoporosis. Not bad for food of seduction!

HOW DO OYSTERS HELP SEXUALLY?

In a 2005 study conducted by researchers from Barry University, revealed that oysters, along with other bivalves such as clams and mussels, may have a positive effect on sex hormone levels. According to the researchers, who presented their findings at a meeting of the American Chemical Society, These bivalves contain the amino acids D-aspartic acid (D-Asp) and N-methyl-D-aspartate (NMDA), found to stimulate the release of sexual hormones in rats.

But despite the fact that it’s now scientifically proven that oysters can impact sex drive, no further research has determined what amount of these remarkable amino acids is needed to bring the eater to sexual satisfaction – if it does, indeed, work as effectively on humans as it does on rats. But for most oyster lovers, it’s enough to know that these fruits of the sea have the potential to increase sexual desire.

WILL OYSTERS HELP YOU LAST LONGER IN BED?

And while it is true that oysters are among the foods most often associated with sexual prowess, there is little to no scientific evidence that eating them will directly influence the length of your performance. So if you find yourself having a more sustained sexual performance after eating oysters, it might be the placebo effect, then again, it could be the protein.

Oysters are protein-rich and you need protein for sustained energy. (Legendary lover Casanova supposedly consumed 50 of the aphrodisiac bivalves each day to keep his libido in top form.) So it’s probably safe to assume they’re among the better food choices you can make on Valentine’s Day or any occasion when you hope to get lucky.

Then there’s the zinc. As I mentioned before, it helps with testosterone levels but zinc is also known to support blood flow and heart health. So it can help keep your heart pumping for a long night of passion. But can I truly say that these fruits of the sea are going to make you last longer in bed? Well, I guess that’s for you to decide.

HOW LONG DOES IT TAKE FOR OYSTERS TO KICK IN?

I’m often asking how long it takes to go from eating oysters to feeling like a love machine.

Although we’ve established that oysters are a natural aphrodisiac with a number of nutrients to support your libido, not to mention overall health, there’s really no guarantee that eating oysters for dinner will make you feel like tearing your clothes off by the time the meal is over. The aroma may tug a few strings of passion. But I can’t say I’ve ever heard of anyone experiencing sexual ecstasy from sniffing shellfish.

However, the mind is a powerful tool. So if you believe eating oysters for sex will work, oysters can turn your meal into a sensual experience. And if nothing else, we can say with certainty that oysters are good for you.

A STRANGE EXPERIMENT WITH OYSTERS AND SEXUAL ENHANCEMENT

If you’ve read much about the fact that oyster is an aphrodisiac, then there’s one more thing you might be wondering about. In 2007, an aim to up oysters’ libido-boosting power led one mad, Australian oyster farmer to slip crushed Viagra into his oyster beds. The resulting bivalves were rejected by Australian health officials. But there was some Asian interest in the drugged-up mollusks.

So are pumped-up oysters a thing?

Heck no! The makers of Viagra slapped a lawsuit on the creative fisherman for misuse of a trademarked name in making his aphrodisiac oysters. This brought a quick end to the farmer’s plans to market his chemically altered seafood around the world.