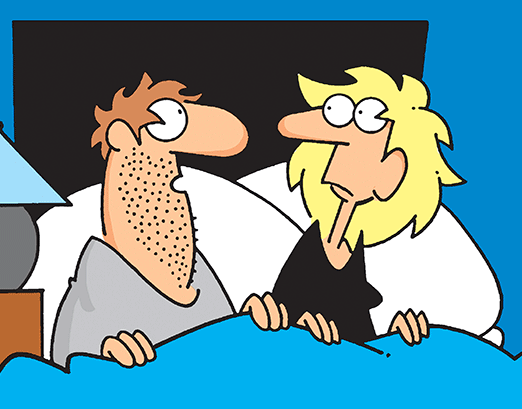 To consider situationally non-orgasmic, a woman must have experienced at least one instance of orgasmic expression, regardless of whether it was induced by self or by partner manipulation, developed during vaginal or rectal coital connection, or stimulated by the oral-genital exchange.

Orgasmic experience during homosexual encounters would rule out any possibility of a diagnosis of primary orgasmic dysfunction. Three arbitrary categories of situational sexual dysfunction have been defined as masturbatory, coital, and random orgasmic inadequacy.

A woman with masturbatory orgasmic inadequacy has not achieved orgasmic release by partner or self-manipulation in either homosexual or heterosexual experience. She can and does reach orgasmic expression during coital connection.

The random orgasmic-inadequacy grouping includes those women with histories of orgasmic return at least once during both manipulative and coital opportunities. These women are rarely orgasmic and usually are aware of little or no physical need for sexual expression.

The situational non-orgasmic state may best be described by again pointing out the varying levels of dominance created by the biophysical and the psychosocial structures of influence. If the woman’s sexual value system reflects sufficiently negative input from prior conditioning psychosocial influence, she may not be able to adapt sexual expression to the positive stimulus of the particular time, place, or circumstance of her choosing nor develop a responsive reaction to the partner of her choice.

If that part of any woman’s sexual value system susceptible to the influence of the biophysical structure is overwhelmed by a negative input from pain with any attempted coital connection, there rarely will be an effective sexual response.

Thus there is a multiplicity of influences thrown onto the balance wheel of female sexual responsivity. Fortunately, the two major systems of influence accommodate these variables through involuntary interdigitation. If there were not the probability of admixture of influence, there might be relatively few occasions of female orgasmic experience.

A major source of orgasmic influence for both primarily and situationally dysfunctional women is partner orientation. What value has the male partner in the woman’s eyes? Does the chosen male maintain his image of masculinity? Regardless of his acknowledged faults, does he meet the woman’s requirements of character, intelligence, ego strength, drive, physical characteristics, etc.?

Obviously, every woman’s, partner requirements vary with her age, personal experience and confidence, and the requisites of her sexual value system.

The two case stories below underscore the variables of a woman’s orientation to her male sexual partner. The histories of Mr. and Mrs. E and Mr. and Mrs. F are presented, to emphasize that a potential exists for radical change in attitudinal concepts during the course of any marriage.

were referred for treatment of orgasmic dysfunction after 23 years of marriage. They had two children, a girl 20 and a boy 29.

The history of sexual dysfunction dated back to the twelfth year of the marriage. Both had relatively unremarkable backgrounds to family, education, and religious influences.

Both had masturbated as teenagers and had intercourse with other partners and with each other before marriage. Mrs. E usually had been orgasmic during these coital opportunities with her husband-to-be and with two other partners.

During the first twelve years of the marriage, the couple prospered financially and socially and had many common interests. Their sexual expression is resolved into an established pattern of sexual release two or three times a week.

There was the regularity of orgasmic return and frequently multi-orgasmic return during intercourse. During the twelfth year of the marriage, the unit experienced a severe financial reversal. Mr. E was discharged from his position with the company that had employed him since the start of the marriage.

In the following 18 months, he was unsuccessful in obtaining any permanent type of employment. He became chronically depressed and drank too much. The established pattern of couple sexual encounter was either quite reduced or, on occasions, demandingly increased.

Then Mrs. E found that her husband was involved in an extramarital relationship and confronted him in the matter. A bitter argument followed, and she refused him the privilege of the marital bed. This sexual isolation lasted for approximately six months, during which time.

She had lost confidence in her husband not only as an individual but also as a masculine figure. Mrs. E found herself going through the motions sexually. From the time the bedroom door was reopened until the unit was seen in therapy, she was non-orgasmic regardless of the mode of sexual approach. The coital connection had dwindled to a ten-day to the two-week frequency of “wifely duty.”

When a major element in any woman’s sexual value system (partner identification in this instance) is negated or neutralized by a combination of circumstances, many women find no immediate replacement factor. Until they do, their facility for sexual responsivity frequently remains jeopardized.

When Mr. E combined loss of his masculine image as the provider with excessive alcohol intake and, also, acquired another sexual partner, he destroyed his wife’s concept of his sexual image, and, in doing so, removed from availability a vital stimulative component of her sexual value system. The negative input of psychosocial influence created by Mr. E’s loss of masculinity and impairment of her sense of sexual desirability was sufficient to inhibit her natural sexual responsivity.

were referred for treatment six years after they married when he was 29 and she was 24 years old. They had one child, a girl, during their third year together. Mrs. F Was from a family of seven children and remembers a warm community experience in growing up with harried but happy parents.

Mr. F had exactly the opposite background. He was an only child in a family where both father and mother devoted themselves to his every interest, in short, the typical overindulged single child.

He had masturbated from early teens, had some sexual experiences, and one brief engagement with coital connection maintained regularly for six months before he terminated the commitment. Mrs. F, although she dated regularly as a girl, was fundamentally oriented to group-type social commitments. She rarely had experienced single dating.

The school years were uneventful for both individuals. They met and married almost by accident. When they first began dating, each was interested in someone else. However, their mutual interest increased rapidly and developed into a courtship that included regularity of coital connection for three months before marriage.

Every social decision was made by Mr. F during the courtship. The same pattern of total control continued into marriage. He insisted on making all decisions and was consistently concerned with his own demands, paying little or no attention to his wife% interests. Constant friction developed, as is so frequently the case with marital partners whose backgrounds are opposed.

Mrs. F had not been orgasmic before marriage. In marriage, she was orgasmic on several occasions with manipulation but not during coition. As the personal friction between the marital partners increased, she found herself less and less responsive during active coital connection.

There was an occasional orgasmic success with manipulation. Pregnancy intervened at this time, distracting her for a year, but thereafter her lack of coital return was distressing to her and most embarrassing to her husband.

He worried as much about his image as a sexually effective male as he did about his wife’s levels of sexual frustration. Mrs. F’s lack of effective sexual response was considered a personal affront by her uninformed husband.

They consulted several authorities on the matter of her sexual inadequacy. The husband always sent his wife to authority to have something done to or for her. The thought that the situation might have been in any measure his responsibility was utterly foreign to him.

When the unit was referred for the therapy he at first refused to join her in treatment on the basis that it was her problem. When faced with Foundation demand that both partners cooperate or the problem would not be accepted for treatment, Mr. F grudgingly consented to participate.

Little comment is needed. This intentionally brief history is typical of the woman who cannot identify with her partner because he will not allow such communication. There is no world as dosed to the vital ingredient of marital expression as that of the world of the indulged only child.

Particularly is this attitudinal background incomprehensible to a woman with a typical large family orientation. When Mr. F failed to accord his wife the representation of her own requirements, she had no opportunity to think or feel sexually. The catalytic ingredient of mutual partner involvement was missing.