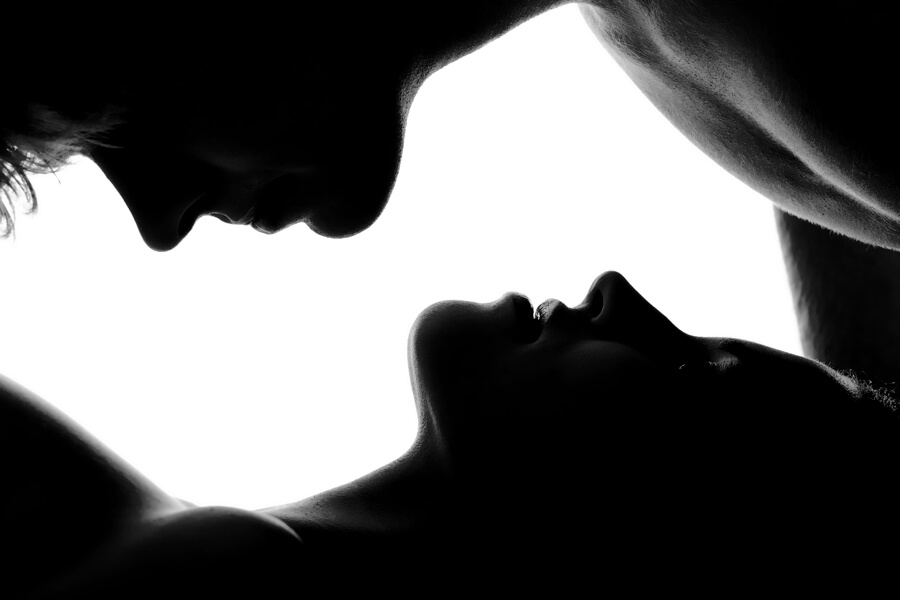 If erection is established and then lost from real or imagined distractions related to the coital opportunity, the erection usually is dissipated without an accompanying ejaculatory response. If diagnosed as primarily impotent, a man not only evidences erective inadequacy during his initial coital encounter but the dysfunction also is present with every subsequent opportunity.

If a man is to be judged secondarily impotent, there must be the clinical landmark of at least one instance of successful intromission, either during the initial coital opportunity or in a later episode. The usual pattern of the secondarily impotent male is success with the initial coital opportunity and continued effective performance with the first fifty, hundred, or even thousand or more coital encounters.

Finally, an episode of failure at effective coital connection is recorded.

The most distressing etiological influence upon any dysfunction in the cycle of male sexual inadequacy is a derogatory effect of consulted therapeutic opinion. Careless or incompetent professionals inadvertently may either initiate the symptoms of sexual dysfunction or, as is more frequently the case, amplify and perpetuate the clinical distress brought to professional attention.

There have been 27 cases in the total 213 units referred for treatment of secondary impotence that have been told at first consultation with selected authority for relief of symptoms that nothing could be done about their problem.

These cases are represented in all categories of etiological influence described previously in the chapter as prime initiators of the symptoms of secondary impotence. When the sexually incompetent male finally gathers his courage and reaches for the presumed security of authoritative consultation only to be told that nothing can be done about his problem, the psychogenic effect of this denial of salvation is devastating.

Of the 27 men denied hope of symptomatic relief by consultative authority, 21 individuals were so informed on their first and only visit to their local physician.

Among these 21 men, 11were told that the onset of symptoms of secondary impotence was concrete evidence of clinical progression of the aging process and that they and their wives would have to learn to adjust to the natural distress occasioned by the sexual dysfunction.

Among these 11 men the eldest was 68, the youngest 42, and the average age was 53 years. These men and their wives experienced an average of 28 months of sexual inadequacy before seeking further consultation.

One of the husband and wife was informed by a clergyman that the symptoms of secondary impotence developed as a form of penance because this particular unit had mutually agreed that a pregnancy conceived prior to marriage should be terminated by an abortion.

The incidence of erective failure progressed rapidly after authoritative denial of support.

Male fears of performance were magnified and marriages were shaken and even disrupted by projection by the professional sources of a black future with full sexual disability.

This mutually traumatic experience for husband and wife could easily have been avoided had the consulted authority figure accepted the fundamental responsibility either by admitting lack of specific knowledge in this area or by acquiring some basic understanding of human sexual response, or at least by not confusing personal prejudice with professional medical or behavioral opinion.

The susceptibility of the human male to the power of suggestion with reference to his sexual prowess is almost unbelievable. Two classic histories defining iatrogenic influence as an etiological agent in onset of symptoms of secondary impotence provide adequate illustration of the concept.

However, the honeymoon was spent in repetitively unsuccessful attempts to consummate the marriage. The husband and wife felt that the difficulty was the intact hymen, so she consulted her physician for direction. She was told that it was simply a matter of relaxation, to take a drink or two before bedroom encounters.

By relieving her tensions with alcohol she should be able to respond effectively. The drinks were taken as ordered, but the result was not as anticipated.

The marriage continued in an unconsummated state for three years, with the wife’s basic distress (in retrospect) a well established state of vaginismus. Throughout the three-year period, the husband continued penetration attempts with effective erections at a frequency of at least two to three times a week.

There usually was mutual manipulation to orgasm, when coitus could not be accomplished.

As a second consultant, her religious adviser assured the couple that consummation would occur if the husband could accept the wife’s (and the adviser’s) religious commitment. The husband balked at this form of pressure.

Finally, a gynecologist, third in the line of consultants, suggested that the difficulty was an impervious hymen. The wife immediately agreed to undergo minor surgery for removal of the hymen. It is not only the human male that is “delighted to find some concept of physical explanation for sexual dysfunction.

When the physician spoke with the husband after surgery, the husband was assured that all went well with the simple surgical procedure and that his wife was fine. The physician terminated his remarks to the husband with the statement, “Well, if you can’t have intercourse now, the fault is certainly yours.”

Obviously, surgical removal of the hymen will provide no relief from a state of vaginismus, so three weeks after surgery, when coital connection was initiated, penetration was still impossible.

For two weeks thereafter, attempts were made to consummate the marriage almost on a daily basis, but still without success. By the end of the second week both husband and wife noted that the penile erections were no longer full or well sustained.

The symptoms of impotence increased rapidly over the next few weeks. Three months after the hymenectomy, the husband was completely impotent. Both partners were now fully aware that the inability to consummate the marriage was certainly the husband’s fault alone, for so he had been told by authority.

The problem presented in therapy two-and-a-half years later by this husband and wife was not only the concern for the wife’s clinically established vaginismus but additionally the symptoms of secondary impotence that were totally consuming for the husband.

In another instance:
The husband and wife in a three-year marriage had been having intercourse approximately once a day. They were somewhat concerned about the frequency of coital exposure, since they had been assured by friends that this was a higher frequency than usual.

Personally delighted with the pleasures involved in this frequency of exposure, yet faced with the theoretical concerns raised by their friends, they did consult a professional. They were told that an ejaculatory frequency at the rate described would certainly wear out the male in very short order.

The professional further stated that he was quite surprised that the husband hadn’t already experienced difficulty with maintaining an erection. He suggested that they had better reduce their coital exposures to, at the most, twice a week in order to protect the husband against developing such a distress.

Finally, the psychologist expressed the hope that the husband and wife had sought consultation while there still was time for his suggested protective measures to work.

The husband worried for 48 hours about this authoritative disclosure. When intercourse was attempted two nights after consultation, he did accomplish an erection, but erective attainment was quite slowed as compared to any previous sexual response pattern.

One night later there was even further difficulty in achieving an erection, and three days later the man was totally impotent to his wife’s sexual demands with the exception of six to eight times a year when coitus was accomplished with a partial erection. He continued impotent for seven years before seeking further consultation.

When duly constituted authority is consulted in any matter of sexual dysfunction, be the patient man or woman, the supplicant is hanging on his every word.

Extreme care must be taken to avoid untoward suggestion, chance remark, or direct misstatement. If the chosen consultant feels inadequate or too uninformed to respond objectively, there should be no hesitancy in denying the role of authority. There is no excuse for allowing personal prejudice, inadequate biophysical orientation, or psychosocial discomfort with sexual material to color therapeutic direction from duly constituted authority.

There are innumerable combinations of etiological influences that can and do initiate male sexual dysfunction, particularly that of secondary impotence. It is hoped that the survey of these agents in this chapter will serve not only as a categorical statement but also render information of value to duly constituted authority.

Secondary impotence is inevitably a debilitating syndrome. No man, or, for that matter, no husband and wife emerges unscathed after battle with the ego-destructive mechanisms so intimately associated with this basic form of sexual dysfunction.

There must be support, there must be relief, and there must be release for those embattled husband and wifes condemned by varieties of circumstance to contend with male sexual dysfunction. As emphasized earlier in this chapter, most men are influenced toward secondary impotence by manifold etiological factors.

Although case histories have been held didactically open and brief for teaching purposes, it must be understood that frequently there was a multiple choice of determining agents. Other professionals well might make a different assignment if given an opportunity to review the material.

For example
there remain 12 cases referred for treatment that could not be categorized from an etiological point of view. No dominant factor could be established among a multiplicity of influences despite in-depth questioning by Foundation personnel.

It must be emphasized that, regardless of the multiplicity of etiological influences which can contribute to incidence of secondary impotence, it is the untoward susceptibility of a specific man to these influences that ultimately leads to sexual inadequacy. It is this clinical state of susceptibility to etiologic influence about which so little is known.

A statistical evaluation of the returns from therapy of secondary impotence will be considered as an integral part of the chapter on treatment of impotence. Present concepts of treatment for secondary impotence have been joined with those of the current clinical approaches to primary impotence in a separate discussion devoted to these therapeutic considerations.